Dennis Dugan is an American director, actor, comedian and writer. He is mainly known for his collaboration with comedic actor Adam Sandler, with whom he directed the films Happy Gilmore, You Don’t Mess with the Zohan, Grown Ups, Big Daddy, I Now Pronounce You Chuck & Larry, Just Go with It, Jack and Jill, and Grown Ups 2. Born Dennis Barton Dugan on September 5, 1946 in Wheaton, Illinois, to parents Marion and Charles Dugan, he began his acting career in 1969 in New York City. He graduated from Wheaton Central High School in 1964. He also attended Goodman School of Drama (now The Theatre School at DePaul University) in Chicago. He is married to Sharon O’Connor. He was previously married to actress Joyce Van Patten. He has a son named Kelly. 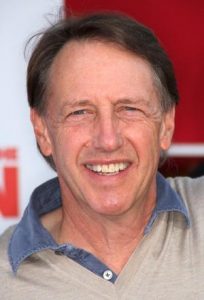 Dennis Dugan Facts:
*He was born on September 5, 1946 in Wheaton, Illinois, USA.
*At 23, he started his acting career in New York City.
*His breakthrough movie was The Girl Most Likely.
*He is also an accomplished painter.
*His son, Kelly Dugan, is on the Major League (40-Man) Roster of the Philadelphia Phillies.