Simrin C. Player is an American dancer and actress who has trained in many different styles of dance including Contemporary, Break Dancing, Ballet, Jazz, Pointe and Tap. She has performed for MTV, the Kid’s Choice Awards, the VH1 Hip Hop Honors Awards, the White House, and much, much more. She has also appeared in music videos for Shakira’s “This Time for Africa”, Justin Bieber’s “Somebody to Love” and “Twenty-first Century Girl”, Willow Smith’s “Whip My Hair”, and more. She has also appeared in the films Step Up 3D and Jack and Jill. Simrin was also appeared on Oprah, NBC’s The Voice, Ellen, and in season 2 of The Fresh Beat Band. Born on September 20, 1998 in Salt Lake City, Utah, to parents Richard and Dominique Player, she moved to Phoenix, Arizona in 2002. She has a brother named Ashton. She was discovered at a B-boy/B-girl battle in 2007 at the age of nine. She has been in a relationship with Rae Srivastava. 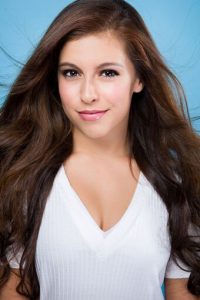 Simrin C. Player Education:
She graduated from the studio after the 2016-17 season.

Simrin C. Player Facts:
*She was born on September 20, 1998 in Salt Lake City, Utah, USA.
*At age 3, she began training as a dancer.
*She and her family moved to Phoenix, Arizona in 2002.
*She was a dancer at Club Dance Studio.
*Visit her official website: www.simrinplayer.com
*Follow her on Instagram.