Dennis Mojen is a German actor who starred as aspiring boxer Ossi in the 2020 Netflix romantic comedy film Isi & Ossi. He earned the New Faces Award in June 2015 for his role as Tommy in Tatort: Der Himmel ist ein Platz auf Erden, and had a recurring role as Tobias in the 2016 series Morgen Hor Ich Auf. He dated fellow model and actress Jana Togni. 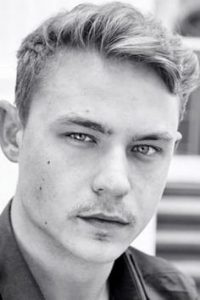 Dennis Mojen Education:
He graduated in 2010 from an Acting Master Class in Los Angeles.

Dennis Mojen Facts:
*He was born on February 28, 1993 in Hamburg, Germany.
*His parents are active in the film industry.
*He made his television debut in July 2009 on the series The Peppercorns.
*He graduated from an Acting Master Class in Los Angeles in 2010.
*Follow him on Instagram.