Devon Bostick is a Canadian actor. He is best known for his roles as Simon in the Atom Egoyan directed film Adoration, Brent in Saw VI, Rodrick Heffley in the Diary of a Wimpy Kid film franchise and Jasper Jordan on The CW series The 100. Bostick’s other notable works include Dead Before Dawn, Small Time, Being Charlie, Tuscaloosa, Being Erica, and I Am the Night. Born on November 13, 1991 in Toronto, Ontario, Canada, to parents Stephanie Gorin and Joe Bostick, his younger brother, Jesse, is also an actor. Bostick attended Etobicoke School of the Arts where he majored in drama for four years. 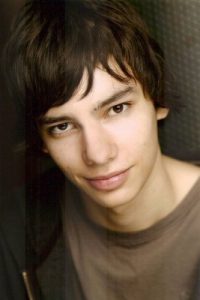 Devon Bostick Facts:
*He was born on November 13, 1991 in Toronto, Ontario, Canada.
*His father is actor Joe Bostick and his mother is casting director Stephanie Gorin.
*He started acting when in grade five.
*He graduated from the Etobicoke School of the Arts in Toronto.
*Follow him on Twitter, Facebook and Instagram.