Rapper who became recognized in August 2015 for his songs “One Night” and “Minnesota” from his debut EP Summer Songs. Yachty released his debut mixtape Lil Boat in March 2016. He released his debut studio album, Teenage Emotions in 2017, followed by his second album, Lil Boat 2 in March 2018. He appeared in the “It Takes Two” video with Carly Rae Jepsen for Target. He also featured in the song “Start the Par-dee” with artist Donny Osmond. Born on August 23, 1997 in Mableton, Georgia, his real name is Miles Parks McCollum. He has a sister named Kodie Shane. Yachty attended college at Alabama State University in 2015 but dropped out to pursue his musical career. 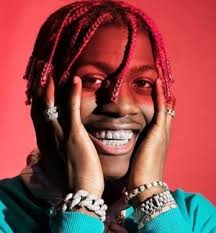 Lil Yachty Facts:
*He was born on August 23, 1997 in Mableton, Georgia, USA.
*His father is a photographer.
*He grew up listening to Canadian rapper Drake.
*His single “One Night” topped at no. 49 on the Billboard Hot 100.
*His debut studio album, Teenage Emotions, peaked at no. 5 on the US Billboard 200.
*In April 2018, Yachty was featured on the Ocean Park Standoff single “If You Were Mine”.
*Visit his official website: www.lilyachtyofficial.com
*Follow him on Twitter, SoundCloud, YouTube, Facebook and Instagram.