Dewi Sandra is a Brazilian-born Indonesian singer, actress, model and presenter who began her career as a model. As a singer, she has released five albums; Kuakui, Wanita, Tak Ingin Lagi, Star, and Kurasakan. As an actress, she appeared in a soap opera called Nada Cinta. Sandra was born as Dewi Sandra Killick on 3 April 1980 in Brazil to an English father and a Southeast Asian mother. 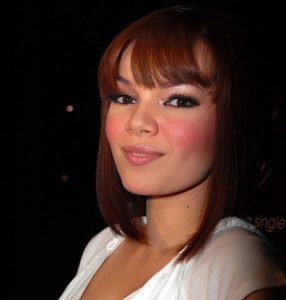 Dewi Sandra Facts:
*She was born to British father and a Southeast Asian mother.
*She hosted the 2008 season of the Indonesian Idol reality television talent competition.
*As a child, she was overweight; this led her to receive the nickname “Miss Piggy”.
*FHM Indonesia selected her as the Sexiest Female Indonesian Artist and ranked #7 on their list of the sexiest women in the world in 2004.
*She admires Madonna, Oprah Winfrey, and Nelson Mandela; Madonna and Oprah for being strong, emancipated women, and Mandela for being a dedicated leader.
*Visit her official website www.dewi-sandra.com
*Follow her on Twitter and Instagram.