Diana Bentley is a Canadian actress of film, television, and theatre. She has appeared in films such as We’re Still Together, An American Dream: The Education of William Bowman, and The Other Half. She played Imogen in the American-Canadian drama series, Frontier (2016). Diana was born in London, Canada as Diana Margaret Susan Bentley. She played Rosalind in As You Like It when she was in grade 12. She graduated from the University of Toronto with a BHA in English literature before going on to train in classical acting at the London Academy of Musical and Dramatic Arts (LAMDA). 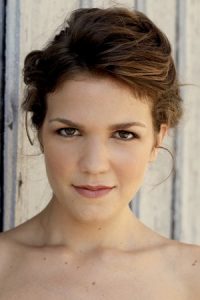 Diana Bentley Facts:
*She was born in London, Canada as Diana Margaret Susan Bentley.
*Her favourite designer is Isabel Marant.
*Her favourite must-see TV show is Friends.
*Follow her on Twitter and Instagram.