Alexis Ohanian is an American Internet entrepreneur and investor. He is best known as the co-founder and executive chairman of the social news website Reddit. He is also co-founder of the early stage venture capital firm Initialized Capital. He launched the NYRD Radio podcast in October 2014. Ohanian was named to the Forbes 30 Under 30 list in both 2010 & 2012. In October 2013, he published his first book entitled “Without Their Permission: How the 21st Century Will Be Made, Not Managed.” Born Alexis Kerry Ohanian on April 24, 1983 in Brooklyn, New York City, New York, to parents Anke and Chris Ohanian, he is of Armenian descent on his father’s side, and of German descent on his mother’s side. Following his high school graduation, he attended and graduated from the University of Virginia in 2005 with degrees in commerce and history. He has been married to tennis star Serena Williams since November 16, 2017. Together they have one daughter, Alexis Olympia Ohanian, Jr. 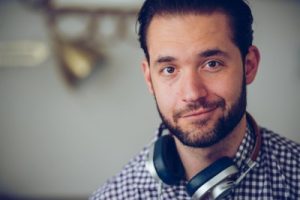 Alexis Ohanian Facts:
*He was born in Brooklyn, New York on April 24, 1983.
*He belongs to German and Armenian descent.
*He played professional football while growing up.
*He co-founded venture capital firm Initialized Capital in 2010.
*In December 2016, he got engaged to tennis star, Serena Williams.
*Visit his official website: www.alexisohanian.com
*Follow him on Twitter, Google+, Facebook and Instagram.