Dianne Doan is a Canadian actress who became known for her role as Lonnie in Disney Channel Original Movie, Descendants. She played Yidu in the historical drama television series Vikings and starred as Faith and Grace Park-Jensen (twin sisters) in the go90 series, Guidance. In 2017, Doan joined the main cast of Cinemax’s Warrior, a martial arts drama based off an original idea by the late Bruce Lee. Born on September 8, 1990 in Abbotsford, Canada, to parents of Vietnamese descent, Doan became interested in acting in grade 9 when she took drama classes as an elective. She began technical training in dance at the age of 10. She was a dancer in So You Think You Can Dance Canada and Big Time Rush: Music Sounds Better with U. 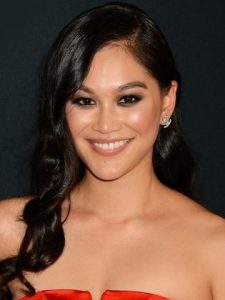 Dianne Doan Facts:
*She was born on September 8, 1990 in Abbotsford, Canada.
*Her parents have Vietnamese descent and one of her grandmothers is of half Chinese descent.
*She became interested in acting at an early age.
*At 10, she started taking technical dance lessons.
*She lent her voice in the shorts Descendants: Wicked World to Lonnie.
*Follow her on Twitter and Instagram.