Josie Maran is an American model, actress, and entrepreneur. She has appeared on the cover of fashion magazines such as Glamour and Elle. Maran became a Guess Jeans model in 1998, and appeared in the annual Sports Illustrated Swimsuit Issue for three consecutive years: from 2000 to 2002. She participated in the 2007 season of Dancing with the Stars, but was the first celebrity eliminated from the competition. In June 2007, Josie launched her own natural cosmetics product line, named Josie Maran Cosmetics. As an actress, Maran has appeared in the films The Mallory Effect, The Aviator, Little Black Book, Van Helsing, The Gravedancers, and Need For Speed: Most Wanted (VG). Born Johanna Selhorst Maran on May 8, 1978 in Menlo Park, California, USA, she is of Russian-Jewish descent on her father’s side, and of Dutch, French, and German descent on her mother’s side. From grades 6 to 12, Josie attended Castilleja School, an all-girls school in Palo Alto, California. At age 17, she signed with the Elite modeling agency of Los Angeles and appeared on her first cover with Glamour magazine in 1998. She has two daughters, Rumi Joon Alborzi and Indi Joon Maran-Albrozi with her ex-boyfriend Iranian-American photographer Ali Alborzi. She married magician David Blaine on August 26, 2018. 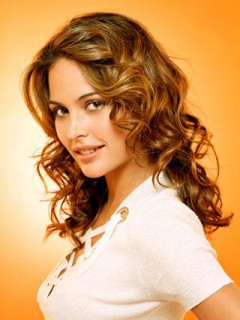 Josie Maran Facts:
*She was born on May 8, 1978 in Menlo Park, California, USA.
*She belongs to Russian-Jewish, Dutch, French, and German descent.
*She became interested to become a model at an early age.
*Her first cover was Glamour in 1998.
*She launched her own natural cosmetics product line, Josie Maran Cosmetics in June 2007.
*She was ranked #36 in FHM’s “100 Sexiest Women in the World 2005” special supplement.
*Visit her official website: www.josiemarancosmetics.com
*Follow her on Twitter, Youtube, Pinterest, Facebook and Instagram.