Mexican actor Diego Luna is best known for his portrayal of Carlos in the Spanish film Y tu Mama Tambien. He is also known for his film work in movies such as Rogue One, Star Wars spin-off, Milk, The Terminal, Frida, Rudo y Cursi, and Dirty Dancing. He had his film debut in 1982 film Antonieta. Born as Diego Luna Alexander in Mexico City, Distrito Federal, Mexico, on December 29, 1979, Diego is the son of Fiona Alexander and Alejandro Luna. He is of Mexican descent on his father’s side, and of Scottish and English descent on his mother’s side. He married Mexican actress Camila Sodi in 2008, and the couple had two children before getting divorced in 2013. 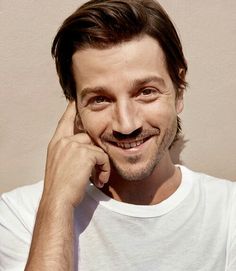