Greta Scacchi is an Italian-Australian actress who has starred in such films as White Mischief, The Player, Baltic Storm, Presumed Innocent and Looking for Alibrandi. She played Nola Johns in the 2006 Western miniseries Broken Trail. Born Greta Scacchi in Milan, Italy, she is the daughter of Pamela Carsaniga and Luca Scacchi Gracco. She has two older brothers. From 1989 to 1993, she was in a relationship with Vincent D’Onofrio with whom she had a daughter, Leila George D’Onofrio in 1992. She was educated in Australia and England, UK. 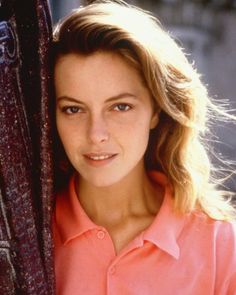 Greta Scacchi Facts:
*Her parents divorced when she was 4 years old.
*She became an Australian citizen in January 1995.
*She had a son, Matteo Mantegazza in October 1998 with Carlo Mantegazza.
*She dated singer Tim Finn from 1983 to 1989.