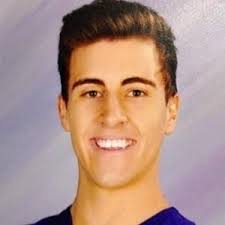 Dillon Brandt Facts:
*He was born on November 18, 1994 in Mesquite, Texas, USA.
*He started cheerleading at the age of 14.
*He played football and basketball, and ran track and cross country.
*He was appeared in the Champions League movie in 2014.
*He was appeared on the 2020 Netflix docuseries Cheer.
*Follow him on Twitter, Facebook and Instagram.