Jensen Ackles is an American actor, singer and director, best known for playing the role of Dean Winchester in The CW horror fantasy series Supernatura since 2005. He is also known for his role as Eric Brady in Days of Our Lives, which he played from 1997 to 2000. He has also appeared in other television shows such as Dark Angel, Dawson’s Creek, Mr. Rhodes, and Smallville. Born Jensen Ross Ackles on March 1, 1978 in Dallas, Texas, he is the son of Alan Ackles and Donna Joan Shaffer. He has an older brother named Joshua and a younger sister named Mackenzie. He started modeling when he was two years old, and at 4, he started appearing in TV commercials for Nabisco, RadioShack and Wal-Mart. He graduated in 1996 from L.V. Berkner High School, Richardson, TX. He has been married to actress and model Danneel Ackles since 2010. They have three children. 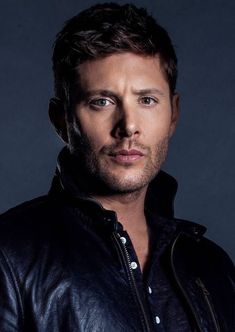 Jensen Ackles Facts:
*He was born on March 1, 1978 in Dallas, Texas, USA.
*His ancestry includes English, German, and Scottish.
*He played baseball and lacrosse in high school.
*He wanted to pursue a career in the field of sports medicine before deciding to become an actor.
*For his role in Supernatural, he won a Favorite Actor TV Guide Award in 2011.
*He ranked #39 on Empire Online list of the “100 Sexiest Movie Stars” in 2013.
*He is a big fan of American football team, Dallas Cowboys.
*He enjoys horseback riding.
*He can play guitar and sing a song.
*He is best friends with his Supernatural co-star, Jared Padalecki.
*Follow him on Twitter, Facebook and Instagram.