Dipika Kakar is an Indian television actress. She is best known for her portrayal of Simar Bhardwaj in Colors TV’s Sasural Simar Ka, and for her role as Sonakshi Rastogi in Star Plus’s Kahaan Hum Kahaan Tum. Kakar portrayed Suhasini Thakur in Star Plus’s Qayamat Ki Raat (2018). In 2018, Kakar participated in Bigg Boss 12 and emerged as the winner. 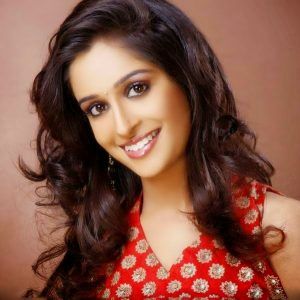 Born on August 6, 1986 in Pune, India, Kakar did her school level exams conducted by the Central Board of Secondary Education and then graduated from the University of Mumbai. She made her television debut in 2010 with Neer Bhare Tere Naina Devi. Kakar married Shoaib Ibrahim, her co-star from Sasural Simar Ka in February 2018, and converted to islam and changed her name to Faiza. She was previously married to Raunak Samson from 2011 to 2015.

Dipika Kakar Facts:
*She was born on August 6, 1986 in Pune, India.
*She started her career as an Air Hostess for three years in Mumbai.
*She played Simar Bhardwaj in Colors TV’s Sasural Simar Ka from 2011 to 2017.
*She participated in the celebrity dance reality show Jhalak Dikhhla Jaa 8 in 2015.
*She is a trained dancer.
*Follow her on Twitter, Facebook and Instagram.