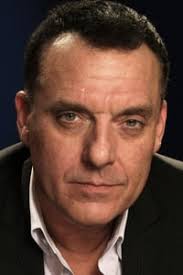 Born Thomas Edward Sizemore Jr. on November 29, 1961 in Detroit, Michigan, his mother, Judith, was a member of the city of Detroit ombudsman staff, and his father, Thomas Edward Sizemore, Sr., now retired, was a lawyer and philosophy professor. Tom attended Wayne State University, and got his master’s degree in theatre from Temple University in 1986. He has twin sons Jagger and Jayden with ex-girlfriend Janelle McIntire. He was previously married to actress Maeve Quinlan.

Tom Sizemore Facts:
*Born on November 29, 1961 in Detroit, Michigan, he was raised Roman Catholic.
*He graduated in theater (acting) from Wayne State University in Detroit, Michigan.
*In 1986, Tom moved to New York City to pursue an acting career.
*He is the lead singer for the Hollywood rock band Day 8, formed in 2002. The members are guitarist and co-writer Rod Castro, Alan Muffterson, Tyrone Tomke and Michael Taylor.
*He is the godfather of Michael Madsen’s youngest child, Hudson.
*He has been trained in Jiu-Jitsu and weightlifting.
*Follow him on Twitter.