Rubina Dilaik is an Indian television actress. She is best known for her portrayal of Radhika in Zee TV’s Choti Bahu, and for her role as Soumya Singh in Colors TV’s Shakti – Astitva Ke Ehsaas Ki. Dilaik earned two Zee Rishtey Awards in 2010 and 2011 for her work in Choti Bahu. She participated in the reality show Bigg Boss 14 and emerged as the winner in 2020. 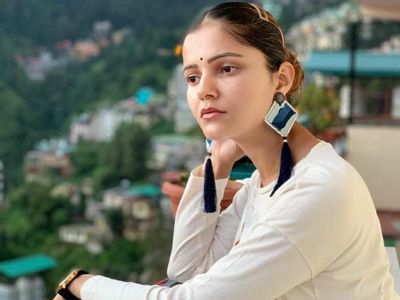 Rubina Dilaik Facts:
*She was born on August 26, 1987 in Shimla, Himachal Pradesh, India.
*She was named Miss Shimla in 2008.
*She emerged as the winner of reality shows Bigg Boss 14.
*She was ranked #11 in the 50 Sexiest Asian Women List by Eastern Eye in 2016.
*Follow her on Twitter, YouTube and Instagram.