Dominic Tighe is a British singer and actor. He is best known for being a member of the British vocal group Blake. His musical theatre credits include The Threepenny Opera, She Loves Me, Sunny Afternoon, Aspects of Love, and Hot Mikado. He won a Commendation at the Ian Charleson Award from the National Theatre and won a Classical BRIT Award. Born on April 20, 1983 in Devon, United Kingdom, he trained at Royal Central School of Speech and Drama. Tighe is married to actress Katherine Kingsley, whom he met while filming an advertisement for a shampoo. They have a son together. 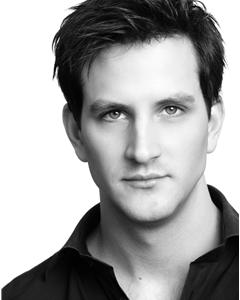 Dominic Tighe Facts:
*He was born on April 20, 1983 in Devon, United Kingdom.
*He was a member of the award-winning vocal group Blake.
*Follow him on Twitter.