Kyle Richards is an American actress and television personality, best known for appearing on the reality television series The Real Housewives of Beverly Hills. She was a contestant on The New Celebrity Apprentice, playing for the charity Children’s Hospital Los Angeles. Born Kyle Egan Richards on January 11, 1969 in Hollywood, Los Angeles, California, to parents Kathleen Mary Dugan and Kenneth Edwin Richards, she is of Welsh and Irish descent. She is the younger sister of Kim Richards and younger half-sister of Kathy Hilton. Richards began her acting career in 1974, and appeared in 18 episodes of the television series Little House on the Prairie as Alicia Sanderson Edwards. She also appeared in several horror films, such as The Car, Tobe Hooper’s Eaten Alive, and John Carpenter’s Halloween. She has four daughters: Alexia, Sophia and Portia (from her marriage to real estate agent Mauricio Umansky), and Farrah (from her previous marriage to Guraish Aldjufrie). 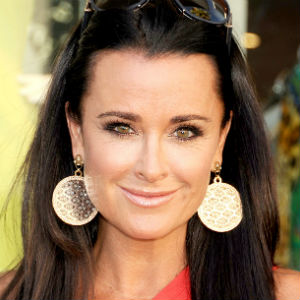 Kyle Richards Facts:
*She was born on January 11, 1969 in Hollywood, Los Angeles, California, USA.
*Her parents separated in 1972 and her mother later remarried.
*She is the aunt of Paris Hilton.
*She began her career as a child actress.
*In 2010, she appeared as a main cast member on The Real Housewives of Beverly Hills alongside her sister Kim Richards.
*Her acting mentor was the late Dick Sargent.
*She has her own clothing store, Kyle by Alene Two, in Beverly Hills.
*Visit her official website: www.kylerichards.net
*Follow her on Twitter, Facebook and Instagram.