Dominique Piek is a South African model, best known for her appearance in the 2010 Sports Illustrated Swimsuit Issue. She has been featured on the cover of a number of publications including Cosmopolitan and GQ magazine. She has been represented by Next Model Management. Piek has dated South African rugby union player, Joe van Niekerk (2007-2009, American baseball player, C.J. Wilson (2009-2010), American actor Chris Pine (2011-2013), and American television host, Ryan Seacrest (2013). 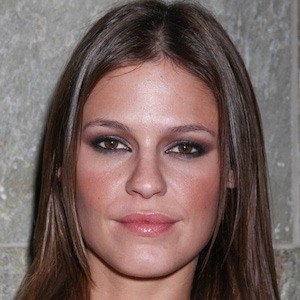 Dominique Piek Facts:
*She was born on July 13, 1985 in Somerset West, South Africa.
*She started modeling at the age of 14.
*She appeared in the Sports Illustrated Swimsuit Issue 2010.
*She likes hip-hop music.
*She is close friends with SI model Jess Perez.
*She has a secret celebrity crush on Lena Dunham.
*She is a big fan of the basketball team, New York Knickerbockers.
*Follow her on Twitter and Instagram.