Donna D’Errico is an American actress and model, best known for her appearance in the magazine Playboy and her role on the television series Baywatch. She was named Playboy Playmate of the Month in September 1995. Born in Dothan, Alabama, on March 30, 1968, she belongs to Italian descent. She is a 1986 graduate of Pacelli High School. She married rock musician Nikki Sixx in 1996, and the couple had a daughter named Frankie-Jean in 2001 before getting divorced in 2007. Previously, She had a son Rhyan D’Errico in 1993 with her former boyfriend who has since passed away. 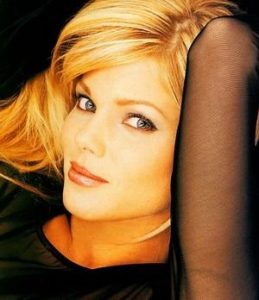