Hip-hop producer and rapper who first gained attention as a member of N.W.A. in the 1980s. He is the founder and CEO of Aftermath Entertainment and Beats Electronics. With numerous Grammy Awards to his credit, Dr. Dre is considered as one of the best hip-hop producers and rappers of all time. He has acted with Snoop Dogg, Eminem and 50 Cent. His solo debut album, The Chronic, was released in 1992, which achieved remarkable success. For his single “Let Me Ride”, he won a Grammy Award. Born Andre Romell Young in Los Angeles, California on February 18, 1965, Dr. Dre is the first child of Theodore and Verna Young. He has been married to Nicole Young since May 1996. 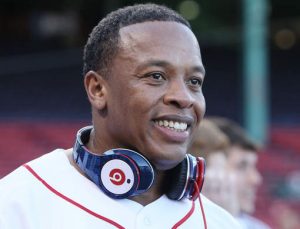 Dr. Dre Facts:
*His real name is Andre Romell Young.
*He is credited for discovering rapper Eminem.
*He has his own label Aftermath Entertainment.
*He was named second richest hip hop rapper and producer on the Forbes list in 2014.
*He was named no. 7 on VH1’s 50 Greatest Hip Hop Artists.
*Visit his official website: www.beatsbydre.com
*Follow him on Twitter, YouTube, Facebook, Myspace and Instagram.