Actress Erin Chambers is most famous for her portrayal of Siobhan McKenna Spencer on ABC soap opera General Hospital. She has made numerous guest appearances in television series such as Drake & Josh, Joan of Arcadia, Stargate: Atlantis, ER, Veronica Mars, CSI: Crime Scene Investigation, CSI: NY, Bones, Standoff, and Cold Case. Born in Portland, Oregon, on September 24, 1979, Erin Chambers earned her a BFA in acting from Brigham Young University. She has been married to Carson McKay since 2002. Together they have one son, Roan James McKay born in 2016. 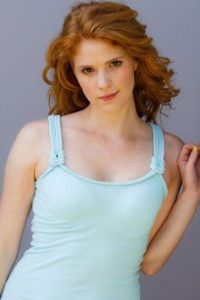 Erin Chambers Facts:
*She graduated with a BFA in acting from Brigham Young University.
*She was involved with Music and Theatre while in high school.
*She was nominated twice for the Irene Ryan ACTF Award.
*Follow her on Twitter.