Actress Drea de Matteo is best known for her role as mob girlfriend Adriana La Cerva for five seasons on HBO’s The Sopranos, and Angie Bolen on ABC’s Desperate Housewives. She also portrayed Joey’s sister on the TV show Joey and Wendy Teller on FX’s Sons of Anarchy. She earned her an Emmy for Best Supporting Actress in a Drama Series for her role as Adriana on The Sopranos. She was born Andrea Donna de Matteo on January 19, 1972 in Queens, New York, the youngest of three children and the only girl. Her parents are Albert de Matteo and Donna de Matteo. She belongs to Italian descent. She studied drama at HB Studio in Greenwich Village in New York City. She was once engaged to musician Shooter Jennings, with whom she has two children. She became engaged to musician Michael Devin in July of 2015. 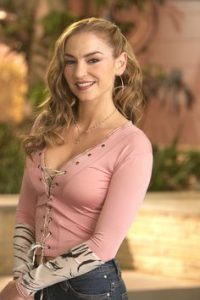 Drea de Matteo Facts:
*She is of Italian heritage, and was raised in a Roman Catholic family.
*In 2002, she was ranked #33 in Stuff magazine’s “102 Sexiest Women in the World”.
*She is fluent in Italian and Spanish.
*She has her mother’s, father’s and grandmother’s names tattooed onto her body.
*Follow her on Twitter, Facebook and Instagram.