Duncan Casey is an actor. He is best known for his role in the film Kenneth, for which he won the 2013 Edinburgh Bootleg Film Festival award for – Best Actor in a Feature Film. His other movie credits include Weaverfish, Accident Man and Skyfall. Casey is also the co-founder of DX2 Media Ltd, a film fund dedicated to the championing of British film and talent. Born on March 30, 1984, in Nassau, Bahamas to Zoe Brading and Philip Casey, he started his acting career with a role in the short film, Inspire in 2010. His Grandfather, Ray Nathanielsz was a renowned architect who designed and built houses in The Bahamas for a wide range of clients, among them Sydney Poitier. 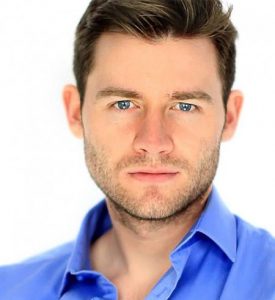 Duncan Casey Facts:
*He was born in Nassau, The Bahamas.
*He is the son of Zoe Brading and Philip Casey.
*His Grandfather, Ray Nathanielsz designed and built the Bahamian mansion featured in Into the Blue (2005).