Eddie Mekka is an American actor. He is best known for his portrayal of Carmine Ragusa on the sitcom Laverne & Shirley. He was a regular in the cast of the ABC situation comedy Blansky’s Beauties, a spin-off of Happy Days which aired from February to June 1977. His other television credits include 24, The Suite Life of Zack & Cody, It’s Always Sunny in Philadelphia, The Bold and the Beautiful, Family Matters, Sunset Beach, The Jamie Foxx Show, and Fantasy Island. Born Rudolph Edward Mekjian on June 14, 1952 in Worcester, Massachusetts, to parents Mariam and Vaughn Mekjian, he was educated at Burncoat High School. He has been married to Yvonne Marie Grace since February 8, 1994. Together they have one daughter, Mia Mekjian. Mekka was previously married to actress DeLee Lively from 1983 to 1992. 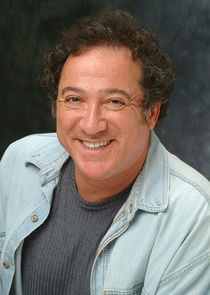 Eddie Mekka Facts:
*He was born on June 14, 1952 in Worcester, Massachusetts, to an Italian mother and an Armenian father.
*He was an instructor at the the Worcester County Light Opera in Massachusetts.
*He was nominated for a Tony Award for his performance on Broadway in The Lieutenant. (1975)
*Played Carmine Ragusa on the hit ABC sitcom, Laverne & Shirley.
*Visit his official website: www.therealeddiemekka.com
*Follow him on Facebook.