Thora Birch is an American actress and producer. She is best known for her role as Jane Burnham in the 1999 Academy Award winning film American Beauty, for which she earned a BAFTA nomination for Best Supporting Actress. She had memorable childhood credits such as Day by Day, Purple People Eater, All I Want for Christmas, Patriot Games, Hocus Pocus, Monkey Trouble, Now and Then, and Alaska. Her other notable film appearances include: Ghost World, Homeless to Harvard: The Liz Murray Story, Dungeons & Dragons, The Hole, Silver City, Dark Corners, Winter of Frozen Dreams, and Petunia. Her television credits include Parenthood, and The Walking Dead. 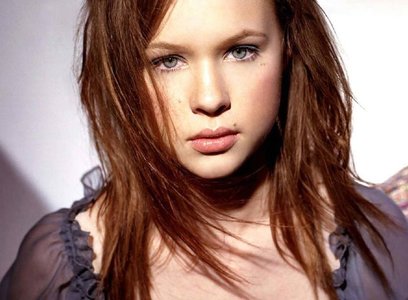 Born on March 11, 1982 in Los Angeles, California, to parents Carol and Jack Birch, she is of German, Jewish, Italian and Scandinavian descent. She has a younger brother, Bolt Birch, who also is an actor. Birch began her career as a child actress and made her film debut in the 1988 science-fiction comedy Purple People Eater, for which she won a Young Artist Award for “Best Young Actress Under Nine Years of Age”. She has been married to Michael Benton Adler since December 21, 2018.

Thora Birch Facts:
*She was born on March 11, 1982 in Los Angeles, California, USA.
*Her ancestry includes German, Jewish, Italian, and Scandinavian.
*She was named after Thor, the God of lightning and thunder.
*She made her television debut with TV series Day by Day.
*She made her film debut in the 1988 science-fiction comedy Purple People Eater.
*She has a Green Belt in Karate.
*She does her own stunts.
*She is a vegetarian.
*She dated Bill Maher in 2004.
*She enjoys skiing, dancing, cycling, and kayaking.
*Visit her official website: www.thora.org
*Follow her on Twitter and Facebook.