Evanna Lynch is an Irish actress and model born in Termonfeckin, Ireland. She is best known for playing the role of Luna Lovegood in the Harry Potter film series. She appeared in four Harry Potter films and became a main character in the final two films in 2010 and 2011. She was with Gary Oldman in the film Monster Butler. She has also appeared in numerous photo shoots with high profile magazines and modelled for Katrin Thomas and Ciaran Sweeney. Born as Evanna Patricia Lynch in Termonfeckin, County Louth, Ireland, on August 16, 1991, to Marguerite and Donal Lynch, she has two older sisters named Emily and Mairead and a younger brother named Patrick. She studied drama at the Centre for the Talented Youth of Ireland. From 2007 to 2016, she dated her Harry Potter castmate Robbie Jarvis. 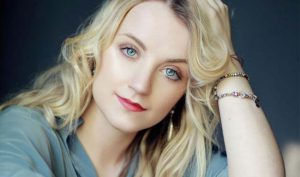 Evanna Lynch Facts:
*She was born 16 August 1991 in Termonfeckin, Ireland.
*She has three siblings, one younger brother and two older sisters.
*She is a vegan.
*She was a fan of the Harry Potter novels as a child.
*She became much publicized for her appearances in G.B.F. and It Don’t Come Easy.
*She is fluent in English, Gaelic, and French.
*Follow her on Twitter, Facebook and Instagram.