Ekaterina Klimova is a Russian actress of film, television, and theatre. She is known for her roles in television, such as Bednaya Nastya (English title: Poor Nastya), Pobochnyj ehffekt, Pobeg, Tochka kipeniya’, Vesna v dekabre, Sindrom drakona, and You All Infuriate Me, and in the films My iz budushchego, My iz budushchego 2, Proshchanie v iyune, Fairytale.Is, Love in Vegas, and Yolki 6. Klimova received Viktor Rozov Award for the Best Actress Under Age 30 in 2002. Born Ekaterina Aleksandrovna Klimova on January 24, 1978 in Moscow, RSFSR, USSR [now Russia], to parents Svetlana Klimova and Aleksandr Klimov, she has one sister named Viktoriya. In 1999, she graduated from the Mikhail Shchepkin Higher Theatre School with honors. Klimova started her career in 1999. She has been married three times and is the parent of four children: two daughters and two sons. 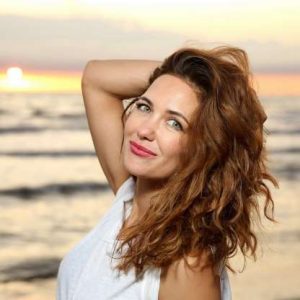 Ekaterina Klimova Facts:
*She was born on January 24, 1978 in Moscow, RSFSR, USSR.
*Her full name is Ekaterina Aleksandrovna Klimova.
*She is a graduate of Mikhail Shchepkin Higher Theatre School.
*She began her career in 1999.
*She has been married three times.
*Visit her official website: www.ekaterina-klimova.ru
*Follow her on VK, Facebook and Instagram.