Tatsuhisa Suzuki is a Japanese voice actor and singer who is currently affiliated with I’m Enterprise and Lantis. He is best known as the vocalist of the rock band Oldcodex under his stage name Ta_2. He has done voice work for numerous animated films, television shows, and video games. His notable voice roles include Tokumei Sentai Go-Busters, Kamen Rider × Super Sentai: Super Hero Taisen, Tokumei Sentai Go-Busters vs. Kaizoku Sentai Gokaiger: The Movie, Pocket Monsters: Diamond & Pearl, and Tokumei Sentai Go-Busters. Born on November 11, 1983 in Ichikawa, Chiba Prefecture, Japan, he was raised in Okazaki, Aichi, Japan. He attended Japan Narration and Acting School. He made his debuted as a seiyuu in 2002 at the age of 19. He debuted as a singer under Lantis in 2005 as “Suzuki Tatsuhisa”. 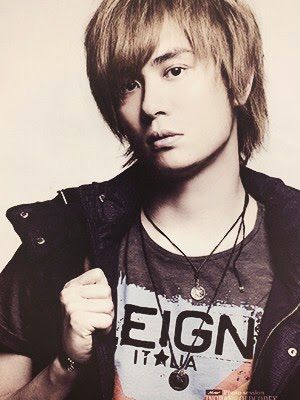 Tatsuhisa Suzuki Facts:
*He was born on November 11, 1983 in Ichikawa, Chiba Prefecture, Japan.
*He is an only child who was apparently raised in a strict household.
*He dropped out of high school in order to attend the Institution of Performance and Narration of Japan.
*He is affiliated with I’m Enterprise and Lantis.
*His hobbies include cycling, guitar, karaoke, reading, and shopping.
*Visit his official website: www.tatsuhisa-s.com


Most Beautiful Women in the World 2021