Eleanor Tomlinson is an English actress and singer. She has appeared in many films, notably Angus, Thongs and Perfect Snogging, Jack the Giant Slayer, Colette and Love Wedding Repeat. In 2014, Tomlinson was cast as Demelza Poldark on the BBC One’s drama series Poldark.

Born Eleanor May Tomlinson on May 19, 1992 in London, United Kingdom, her father, Malcolm Tomlinson, was an actor and her mother, Judith Hibbert, was a singer. Eleanor’s family moved to Beverley, East Riding of Yorkshire, England when she was young and attended Beverley High School. She has a brother, Ross Tomlinson, who is also an actor. 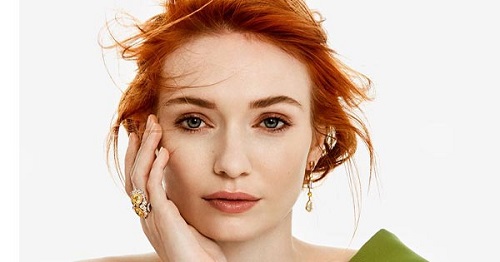 She has dated Sean Bourke, Ben Atkinson, and Harry Richardson.

Eleanor Tomlinson Facts:
*She was born on May 19, 1992 in London, United Kingdom.
*She became interested in acting and dancing from early age, and used to appear in school plays.
*She started her career in 2005 playing Little Daphne with Branklyn in the movie titled Falling.
*She played Demelza Poldark on the BBC One’s drama series Poldark.
*She was named a Screen International Star of Tomorrow 2014.
*She unveiled as ambassador for the 2016 Investec Derby.