Welsh singer-songwriter Marina Diamandis Biography, Family, Height, Weight, Age, Measurements will be discussed here. Marina Diamandis’s personal details can be checked here. She rose to prominence after placing second in the BBC Sound of 2010 poll behind Ellie Goulding in the United Kingdom.

Marina is a Welsh singer-songwriter who placed second in the BBC’s Sound of 2010. Her debut studio album, The Family Jewels, released on February 15, 2010 by 679 Recordings and Atlantic Records, entered the UK Albums Chart at No. 5 and was certified gold by the British Phonographic Industry. The album’s lead single “Mowgli’s Road” was re-released in November 2009 whilst Marina was working on the album. Second single “Hollywood” peaked at number 12 in the UK Singles Chart. Third and fourth singles “I Am Not A Robot” and “Oh No!” became other top forty hits. Fifth and final single “Shampain” was released in October 2010. Marina’s second album Electra Heart (2012), became her first No. 1 project in the UK. The album was certified gold in the US and UK, with its singles “Primadonna” and “How to Be a Heartbreaker” becoming international hits. Her synthpop-inspired third studio album, ‘FROOT’ was released on March 13, 2015.

Born on October 10, 1985 in Brynmawr, Monmouthshire, Wales, to a Greek father and a Welsh mother, her parents separated when Marina was sixteen and she moved to Greece to live with her father but returned to Wales two years later. She has an older sister named Lafina. 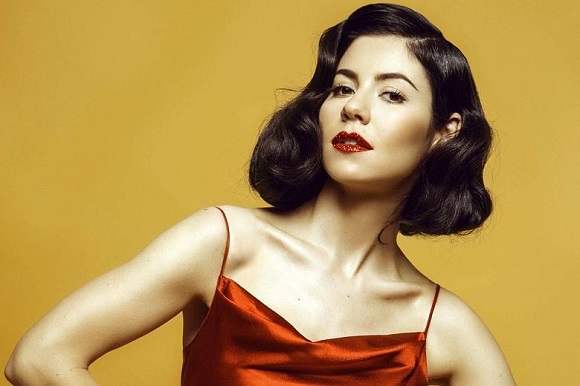 She dated Clean Bandit bassist Jack Patterson from 2016 to 2021.

Marina Diamandis Facts:
*She was born on October 10, 1985 in Brynmawr, Monmouthshire, Wales, UK.
*She was educated at Haberdasher’s Monmouth School for Girls.
*She signed to Neon Records in 2008.
*Her first album, The Family Jewels, was released in February 2010.
*She was named Best Newcomer at the 2010 Virgin Media Music Awards.
*Her favorite flavour of crisps is pickled onion.
*Visit her official website: www.marinaofficial.co.uk
*Follow her on Twitter and YouTube.