Elena Vesnina is a Russian professional tennis player who achieved a career-high doubles ranking of World No. 1 on June 11, 2018, and a singles ranking of world No. 13 on March 20, 2017. Turning professional in 2002, Vesnina won the 2013 French Open, 2014 US Open, and 2017 Wimbledon tournaments with Ekaterina Makarova, and the 2016 Australian Open mixed-doubles title with Bruno Soares. 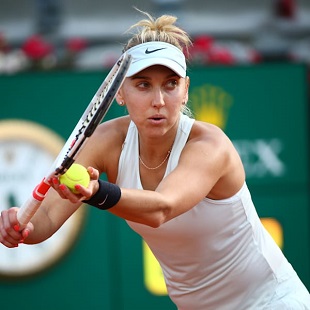 Vesnina married businessman Pavel Tabuntsov in November 2015. Together they have one daughter, Elizaveta.

Elena Vesnina Facts:
*She was born on August 1, 1986 in Lviv, Ukraine.
*She started playing tennis when she was 7 years old.
*She plays right-handed and has a two-handed backhand.
*She turned professional in 2002.
*She made her debut in the main draw of a WTA tournament at Quebec City.
*She is a four-time Grand Slam champion in doubles competition.
*She has a career-high doubles ranking of No. 1.