Elijah Wood is an American actor and film producer, best known for his portrayal of Frodo Baggins in Peter Jackson’s The Lord of the Rings trilogy and its prequel The Hobbit: An Unexpected Journey. He has also played prominent roles in the films Eternal Sunshine of the Spotless Mind, Sin City, Green Street, Everything Is Illuminated, Paris, je t’aime, Bobby, Celeste and Jesse Forever, Maniac, The Last Witch Hunter, Grand Piano, The Trust, I Don’t Feel at Home in This World Anymore, and Come to Daddy. He voiced the lead character Mumble in in the award-winning animated musical films Happy Feet and Happy Feet Two. From 2011–2014, Wood played the role of Ryan Newman in FX’s dark comedy Wilfred, for which he received a Satellite Award nomination for Best Actor. Born Elijah Jordan Wood on January 28, 1981 in Cedar Rapids, Iowa, to parents Warren and Debbie Wood, he is of English, German, Danish, and Austrian descent. He has an older brother named Zachariah, and a younger sister named Hannah. 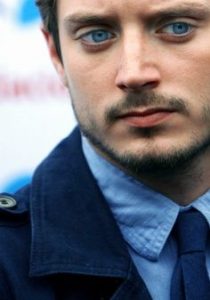 Elijah Wood Facts:
*He was born on January 28, 1981 in Cedar Rapids, Iowa, USA.
*He belongs to English, German, Austrian, and Danish descent.
*His parents divorced when he was fifteen years old.
*He made his film debut in Back to the Future Part II (1989).
*In 2005, he started his own record label, Simian Records.
*He plays piano.
*His favorite actors are Tim Roth and Emma Thompson.
*Follow him on Twitter and Facebook.