Eliza Coupe is an American actress and comedian. She is best known for her portrayal of Jane Kerkovich-Williams in the ABC comedy series Happy Endings, and for her role as Denise “Jo” Mahoney in the final two seasons of the medical comedy-drama Scrubs. From 2015 to 2018, Coupe starred as FBI agent Hannah Wyland in the ABC thriller Quantico, and played Tiger on the Hulu comedy series Future Man (2017–2020). She has also appeared in the films I Think I Love My Wife, Somewhere, What’s Your Number?, Shanghai Calling, and Anchorman 2: The Legend Continues. In 2018, Coupe began starring in the comedy web television series Rob Riggle’s Ski Master Academy. Born Eliza Kate Coupe on April 6, 1981 in Plymouth, New Hampshire, to parents Kathryn and Ernest Coupe, she has two brothers named Sam and Thom. She is of French, English and Scottish descent. She graduated in 1999 from Plymouth Regional High School, and graduated from California Institute of the Arts (CalArts) in 2006. Coupe was married to Randall Whittinghill from 2007 to 2013 and Darin Olien from 2014 to 2018. 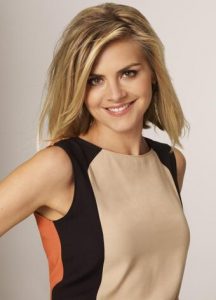 Eliza Coupe Facts:
*She was born on April 6, 1981 in Plymouth, New Hampshire, USA.
*She was diagnosed with dyslexia as a child.
*She was active in her high school’s theatre program.
*Follow her on Twitter and Instagram.