Elisabeth Harnois is an American actress of film and television. She is best known for playing the role of Morgan Brody in the CBS television series CSI: crime Scene Investigation from 2011 to 2015. Her other television credits include Timeless Tales from Hallmark, Adventures in Wonderland, Unhappily Ever After, All My Children, Point Pleasant, One Tree Hill, and Miami Medical. Harnois has also appeared in such films as Keith, Chaos Theory, A Single Man and Swimming Upstream. Born Elisabeth Rose Harnois on May 26, 1979 in Detroit, Michigan, USA, her family moved to Los Angeles when she was a child. She was raised with four younger brothers. When she was five, she appeared in two films, One Magic Christmas and Where Are the Children?. She did her schooling from St. Mel’s School in Woodland Hills and Canyon Springs High School in Moreno Valley, California. She is a Wesleyan University graduate with a degree in film studies. 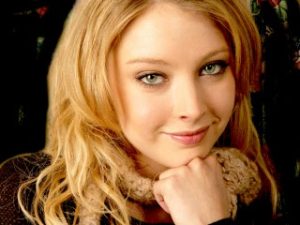 Elisabeth Harnois Facts:
*She was born on May 26, 1979 in Detroit, Michigan and grew up in Los Angeles.
*She started acting at a very young age.
*She is best friends with Hilarie Burton.
*She used to work as a Production Assistant for the Sundance Channel and as an intern for Michael Bay.
*Follow her on Twitter.