Elisabeth Rohm is an American-German film and television actress. Rohm is best known for playing the role of Serena Southerlyn in the American TV series Law & Order. She is also known for playing Detective Kate Lockley in the TV series Angel. Her other television credits include Bull, Big Shots, Heroes, The Client List, Beauty & the Beast, Stalker, Hell’s Kitchen, The Last Ship, and Jane the Virgin. In film, she is known for the movies Abduction, Transit, and Officer Down. Born on April 28, 1973 in Düsseldorf, Germany, to Lisa Loverde and Eberhard Röhm, she moved to New York City with her family when she was a small baby. After graduating from Saint Andrew’s-Sewanee School in Sewanee, Tennessee, she studied Writing and European History at Sarah Lawrence College in Bronxville. Her acting career began when she appeared in One Life to Live in 1997. She got engaged to Ron Anthony Wooster in 2007 after two years of dating. Together they have one daughter, Easton August Anthony Wooster. 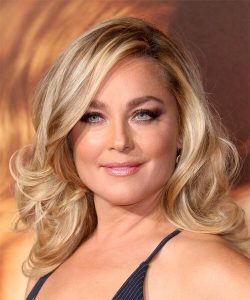 Elisabeth Rohm Facts:
*She was born in Düsseldorf, Germany, but grew up in Bedford, New York.
*She was 8 or 9 years old when her parents divorced.
*She is a 1991 graduate of Saint Andrew’s-Sewanee School.
*She is a dual German/American citizen.
*She is fluent in German.
*She was a dedicated horseback rider.
*She was once engaged to director Austin Smithard.
*She was one of the Maxim magazine’s 100 hottest women in 2002.
*Visit her official website: www.elisabeth-rohm.com
*Follow her on Twitter, Google+, Facebook and Instagram.