Elizabeth Estensen is a British actress, best known for her role as Diane Sugden in ITV’s Emmerdale, a part that she has played since 1999. From 1975 to 1979, she appeared on television as Carol Boswell in five series of The Liver Birds. Her other notable television roles include T-Bag Series, and Coronation Street. Born Elizabeth I. Estensen on August 10, 1949 in Stockton-on-Tees, Durham, England, to parents Otto Estensen and Eleanor Agnes Skinner, she is an only child. She became famous in the 1970s, playing Bert’s girlfriend in the Willy Russell musical John, Paul, George, Ringo … and Bert at the Everyman Theatre, Liverpool transferring to the West End in 1974. In May 1983, she married Philip Allen. They have one son, James Otto Allen. 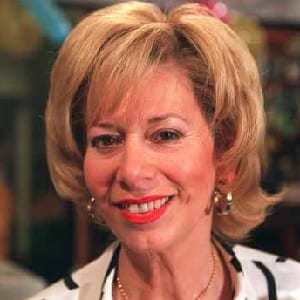 Elizabeth Estensen Facts:
*She was born on August 10, 1949 in Stockton-on-Tees, Durham, England, UK.
*Her surname comes from her Norwegian grandfather.
*She received the Honorary Master of Arts degree from the University of Teesside.
*She has played a regular role as Diane Sugden in the soap opera Emmerdale since 1999.
*She was close friends with her Emmerdale on-screen husband Clive Hornby.