Elizabeth Gillies is an American actress, singer and voice artist. She is best known for starring as Jade West in the Nickelodeon series Victorious, Gigi in the FX comedy series Sex & Drugs & Rock & Roll and Fallon Carrington in The CW’s series Dynasty. Gillies also starred as Mandy in the 2014 horror film Animal. She has also done voice work in Winx Club, The Penguins of Madagascar, American Dad!, Robot Chicken, and Welcome to the Wayne. As a singer, Gillies made her debut on Victorious, with the single “Give It Up” in 2011, singing alongside Ariana Grande. Born Elizabeth Egan Gillies on July 26, 1993 in Haworth, New Jersey, to parents Pam and Greg Gillies, she has one younger brother named George. She belongs to Italian, Irish, English, and Scottish descent. Gillies started acting professionally at the age of 12, and made her Broadway debut at age 15, playing the role of Lucy in the musical “13”. 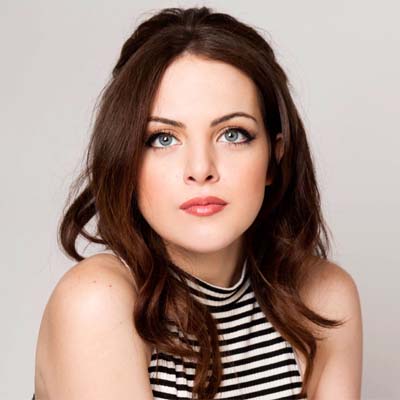 Elizabeth Gillies Facts:
*She was born on July 26, 1993 in Haworth, New Jersey, USA.
*Her ancestry includes Italian, Irish, English, and Scottish.
*She began acting professionally at the age of 12.
*At age 15, she made her Broadway debut in the musical 13.
*From 2010 to 2013, she played Jade West in the Nickelodeon series Victorious.
*From 2015 to 2016, she played Gigi in the FX comedy series Sex & Drugs & Rock & Roll.
*In 2017, she began starring in The CW’s series Dynasty.
*She can play keyboard/piano.
*She is a vegan.
*She is best friends with Ariana Grande.
*Follow Gillies on Twitter, YouTube, Facebook and Instagram.