Tanja Szewczenko is a German former figure skater and actress who is the 1994 World bronze medalist, 1997 Champions Series Final silver medalist, 1998 European bronze medalist, and 1993 World Junior bronze medalist. In April 1999 and March 2007, Szewczenko posed for the German edition of Playboy magazine. In 2002, she played the role of Katinka “Kati” Ritter in the German soap opera Unter Uns. Born on July 26, 1977 in Düsseldorf, Germany, to parents Vera Küke, an ethnic German immigrant from the Soviet Union, and a Ukrainian father who left the family when Szewczenko was just two years old. Szewczenko began figure skating for the Düsseldorfer EG, and won her first international competition at the Nations Cup in Germany in 1993, at the age of 16. In 2000, Szewczenko announced her retirement from competitive figure skating to concentrate on modelling and acting. She has a daughter named Jona Valentina with her partner Norman Jeschecke. 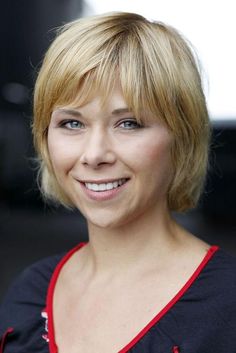 Tanja Szewczenko Facts:
*She was born on July 26, 1977 in Düsseldorf, Germany.
*She won the bronze medal at the 1993 World Junior Championships.
*She ranked #3 at the 1994 Figure Skating World Championships.
*She retired from competitive figure skating in 2000 to concentrate on modelling and acting.
*She appeared in the German version of Playboy in April 1999 and March 2007.
*Visit her official website: www.tanjaszewczenko.de
*Follow her on Facebook and Instagram.