Ella-Rae Smith is a British actress and model. She is best known for her portrayal of Phoebe in the British thriller television series Clique, and for her role as Nix in the AMC martial arts drama series Into the Badlands. She played Madame M Crew in the 2019 American action film Hobbs & Shaw. In 2020, Smith began appearing in the Netflix series The Stranger. Born on February 21, 1998 in Bristol, United Kingdom, she was discovered as a model at the age of 13. Smith made her television debut in 2016 in Marley’s Ghosts, playing the role of Mia for two episodes. 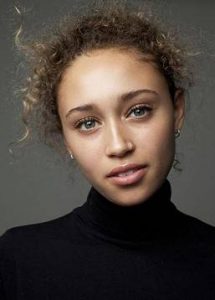 Ella-Rae Smith Facts:
*She was born on February 21, 1998 in Bristol, United Kingdom.
*She began her modeling career in 2014.
*She made her film debut as Ella in Butterfly Kisses (2017).
*Follow her on Twitter and Instagram.