Rachel Hurd-Wood is an English actress and model. She is best known for her roles in the films Peter Pan, Tomorrow, When the War Began, and Dorian Gray. She played Laura Richis in Tom Tykwer’s film Perfume: The Story of a Murderer, for which she was nominated for a Saturn Award for Best Supporting Actress. In 2017, Hurd-Wood began starring as Rachel Maddox in the British thriller television series Clique. Born Rachel Clare Hurd-Wood on August 17, 1990 in Streatham, London, England, to parents Philip Hurd-Wood and Sarah Hurd-Wood, her younger brother, Patrick Hurd-Wood, is also an actor. From 2001 to 2006, Hurd-Wood attended Rodborough Technology College, and studied linguistics at University College, London. She has been married to Russ Bain since 2018. Together they have one son named Liam. 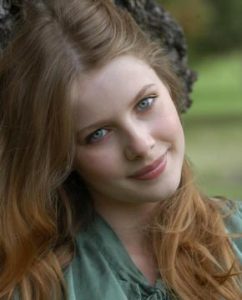 Rachel Hurd-Wood Facts:
*She was born on August 17, 1990 in Streatham, London, England, UK.
*Her father is a voice-over artist and actor, andHer mother is a housewife.
*She is of English and Irish descent.
*When she was 8, Hurd-Wood moved with her family to Surrey, England.
*She studied linguistics at University College, London.
*Follow her on Twitter and Instagram.