Elodie Yung is a French actress. She is best known for her portrayal of Elektra Natchios in the second season of the Marvel Cinematic Universe Netflix series Daredevil and the Netflix miniseries The Defenders. Other notable television roles include Jade Perrin in La vie devant nous and Laura Maurier in Les Bleus. Yung made her film debut as female lead Tsu in Les fils du vent (2004), and played the gang lord Tao in District 13: Ultimatum (2009). 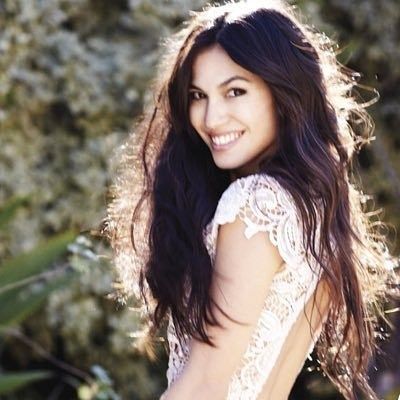 Born on February 22, 1981 in Paris, France, her father is Cambodian and her mother is French. Yung earned her law degree from the University of Paris with the intention of becoming a judge. She later went to study acting at London Academy of Music and Dramatic Art in London. She began her acting career appearing in eight episodes of La vie devant nous as Jade Perrin and three episodes of Mademoiselle Joubert as Fanny Ledoin. She has a daughter named Minavann with her longtime boyfriend Jonathan Howard.

Elodie Yung Facts:
*Born on February 22, 1981 in Paris, France, she grew up in Seine-saint-Denis, in Le Bourget.
*Her father enrolled her in karate classes at age 9, and obtained her black belt.
*She graduated from University of La Sorbonne in Paris and has a law degree.
*She played Elektra Natchios in Netflix’s Daredevil in 2016 and The Defenders in 2017.
*She the first non-American actress to portray Elektra in a live action adaption of the character.
*She is a big supporter of the humanitarian group called Cambodian Children’s Fund.
*She has two brown spots in the left eye.
*She has a dog named The Hyena.
*Follow her on Twitter and Instagram.