Emarat Rezk is a Syrian television actress. She is best known for the television work on series such as Bab al-Hara 3, 4 and 5. Her first acting role as Amani was with the series Kill Spring in 2004. Born Emarat Mohammed Khier Abdulla Al-Sadi on September 16, 1985 in Kafr Shams, Daraa Governorate, Syria, she is the daughter of Mohammed Khier Abdulla Al-Sadi who worked in the United Arab Emirates. She was married to film director Youssef Rizk, and the couple had a son named Daniel in 2005 before getting divorced in 2008. She later married to Syrian singer Hussam Junaid, from whom she has a son. 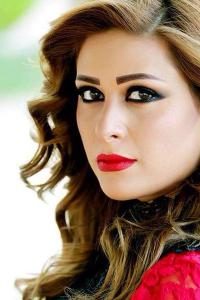 Emarat Rezk Facts:
*She was born on September 16, 1985 in Kafr Shams, Daraa Governorate, Syria.
*She made her acting debut in the television series Kill Spring (2004).
*Her father worked in the UAE.
*Follow her on Facebook and Instagram.