Born Emile Davenport Hirsch in Palms, California, he is the son of Margaret Davenport and David Hirsch. He is an American film actor, whose works include Into the Wild, Lone Survivor, Milk, Prince Avalanche, The Motel Life, Speed Racer and the A&E networks simulcast miniseries Bonnie & Clyde. His father, David Hirsch, is a producer and his mother, Margaret Davenport, is an artist. 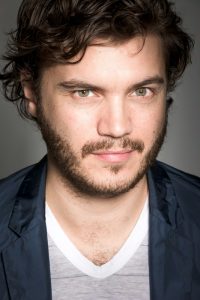 Emile Hirsch Facts:
*He is of German-Jewish, English, and Scots-Irish ancestry.
*He has an older sister named Jennifer Bolduc.
*His mother, Margaret Davenport, is an artist and his father, David Hirsch, is a producer.
*He began acting at age eight, playing minor roles in made-for-television films.
*Follow him on Twitter, Facebook and Instagram.