Azealia Amanda Banks, better known as Azealia Banks, is an American rapper, singer, and songwriter who released the single ‘212’ with Lazy Jay in 2011. She released her first extended play 1991 (2012). Azealia was born on May 31, 1991 in Harlem, New York City, New York, USA. She was raised by her mother. 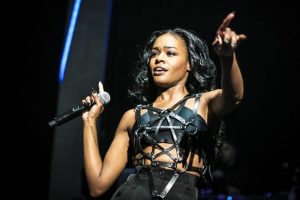 Azealia Banks Family Details:
Father: Her father died of pancreatic cancer when she was two years old.
Mother: Her mother raised her and two older sisters in Harlem, after their father passed away.
Siblings: She has two older sisters.