Emily Robinson is an American actress. She is known for her roles in television, such as Transparent, Criminal Minds, Scorpion, A.N.T. Farm, The Following, Saturday Night Live!, and Girl Meets World, and in the films Love Me Tender, Broken Vows, Eighth Grade, Dark Was the Night, Nelly’s Shocking Day, New York Ballet Fairytale, and 2018 film Private Life. Emily made her off-Broadway debut in 2010 in Horton Foote’s epic, Orphans’ Home Cycle at the Signature Theatre in New York, directed by Michael Wilson. Born on October 18, 1998 in New York City, New York, to parents James Robinson and Debbie von Ahrens, she began her career modeling at age six, and appeared in her first television commercial at age seven. Emily made her film debut in Nelly’s Shocking Day. 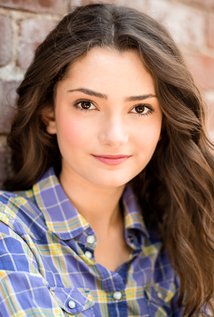 Emily Robinson Facts:
*She was born on October 18, 1998 in New York City, New York, USA.
*Her parents are James Robinson and Debbie von Ahrens.
*She began modeling at the age of 6.
*She is an avid writer, reader, and a dedicated student.
*Follow her on Facebook and Instagram.