Emily Robison is an American songwriter, multi-instrumentalist, and a founding member of the female country band the Dixie Chicks, whose album ‘Taking the Long Way’, won five Grammy Awards (including Album of the Year), and known for hit singles, including “Wide Open Spaces”, “You Were Mine”, “Landslide” and “Not Ready to Make Nice”. Emily plays banjo, guitar, dobro, lap steel, bass, mandolin, accordion, and sitar. Born Emily Burns Erwin on August 16, 1972 in Pittsfield, Massachusetts, to parents Paul Erwin and Barbara Trask, she grew up in Addison, a northern suburban town on the edge of Dallas, Texas. She has two older sisters, Julia and Martha. Martha is also a founding member of the band Dixie Chicks. Emily married country singer Charlie Robison in May 1999, and the couple had three children: Charles Augustus and twins Julianna Tex and Henry Benjamin before getting divorced in 2008. She later married to Martin Strayer, from whom she has a daughter, Violet Isabel Strayer. 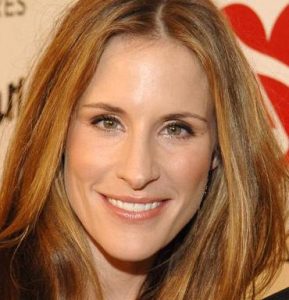 Emily Robison Facts:
*She was born on August 16, 1972 in Pittsfield, Massachusetts, USA.
*She is the younger sister of Martie Erwin Maguire.
*She is a part of The Dixie Chicks with Martie Erwin Maguire and Natalie Maines.
*She has a ranch in Medina, Texas and a Spanish-style home in L.A.
*Visit her band’s official website: www.dixiechicks.com
*Follow her on Twitter.