Monica Keena is an American actress of film and television. She is known for her roles in television, such as Dawson’s Creek, Undeclared, Entourage, and Private Practice, and in the films Snow White: A Tale of Terror, Freddy vs. Jason, Brooklyn Rules, and 2009 remake Night of the Demons. Born Monica C. Keena on May 28, 1979 in Brooklyn, New York, to parents Mary and William Keena, she has one older sister named Samantha. Keena was educated at Saint Ann’s School, a progressive private school in Brooklyn Heights. She made her film debut in While You Were Sleeping (1995) as Mary Callaghan. Keena landed her first starring film role in the 1997 horror film Snow White: A Tale of Terror as Snow White. 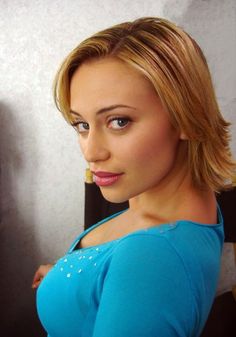 Monica Keena Facts:
*She was born on May 28, 1979 in Brooklyn, New York, USA.
*Her sister, Samantha Keena, is two years older.
*Judy Garland is her favorite actress.
*Her favorite shows are The Simpsons and Charmed, and her favorite movie is The Wizard of Oz.
*She has a fear of the dark.
*She has been rollerskating and skatebording since a young child.
*She is good friends with actor Vincent Kartheiser and actress Meredith Monroe.