Emma Ishta is an Australian model and actress. She is best known for starring as Kirsten Clark in the ABC Family sci-fi crime drama series Stitchers. She has also played prominent roles in the films I Smiled Back (2016) and Crown Vic (2019). Born Emma Ishta Douglas-Powell on November 16, 1990 in Brookfield, Queensland, Australia, her younger brother, Thomas Douglas-Powell, is a professional volleyball player. Ishta attended St Aidan’s Anglican Girls’ School in Corinda, Brisbane, Queensland. In 2012, she married Daniel McCabe, a New York based director and playwright. They welcomed a son in June 2016. She has also a step-daughter named Tierney Rose. 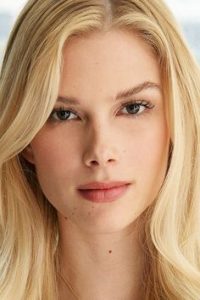 Emma Ishta Facts:
*She was born on November 16, 1990 in Brookfield, Queensland, Australia.
*Her full name is Emma Ishta Douglas-Powell.
*She began modeling in 2003, at the age of 13.
*She began working with IMG Models when she was 15.
*She studied as a vocalist at the Queensland Conservatory of Music.
*Became the face of Mercedes-Benz Fashion Festival in 2008.
*Portrayed Kirsten Clark on the Freeform drama series Stitchers from 2015 to 2017.
*She is a big fan of “Star Wars” movie series.
*She plays piano and violin.
*Follow her on Twitter, Facebook and Instagram.